There is a popular saying that to the one much is given much is expected. Note that there’s always a commensurate measure of expectation that goes in line with any level of achievement man might make in life.

There’s a preconceived opinion or orientation about the way some issues of life should be when some certain things are declared about them; normative reasoning. Many people’s emotional reaction becomes compounded when the most respected and the highly trusted person in their lives disappoint them or fail to render the needed support as expected. Note that such action of theirs only limits the numbers of people you will be indebted to or claim right or attribution over your success. He who gave you a naira is never waiting for his capital to come back to him but a continuous interest (over compounded interest) when success is attained and you are expected to march up with their expectations.

At every stage of your growth, you will continuously experience a pool of stakeholders (interested parties) trooping into your life. Note that the stakeholders of an organization are usually the people with diverse interest in the affairs of an organization or an individual’s life. When you were young, the expectations were more abstract but the older you become the clearer and note concrete the expectations become. Note that the earlier you get to understand the reality of this, the better it is for you in fitting yourself into the fulfilment of your purpose in life. Are you the saviour generations of people are waiting for or a forerunner?

The more growth your business experience, the more you become occupied even if you hire people to assist you. The higher you go, the greater your level of integrity is expected to become because any flaw committed by you will be glaringly seen at the top. 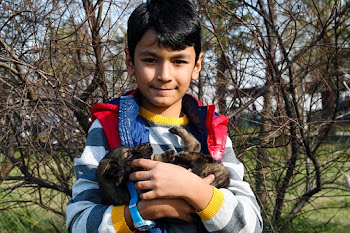 When you were yet educated, many people might give no cognizance to your presence but the moment you’re declared a graduate, lots of stakeholders become interested in you and you speedily gain recognition to the extent that you become the cynosure of many eyes because the interest of many are now being aroused. The expectations of people now range from being a morally sound person to being a possible solution to the problems that generations of people have been facing hitherto. Note that there’s a wide dispersion between being a graduate and being a solution.

You might be a solution and never a graduate or even a stark illiterate and you might also be a graduate (literate) without solution but there’s a presumption that every graduate should be a solution, therefore, if you fall short of this, you will surely be redundant. The earlier you understand what you are walking yourself into (taking up a formal education) and the expectations of the diverse interest groups regarding your life, the better it is for you to hastily march up yourself with the reality of your success.

Before you know the truth or come to the light (born again), there was a way you live your life and such a way of life explicitly gladdens the heart of the devil because it was tending towards fulfilling their expectations concerning you, and now that you’re in the light, having critically examined yourself, do you think there’s something different and new about you?

Aren’t you still fulfilling the expectations of the darkness? Has there been a paradigm shift in your way of life from darkness to light? Does your constant response to situation reflect the light you profess to carry? Know that your way of life now that you’ve identified yourself with the light becomes a subject of interest to everyone. Haven’t your ways of life given some people an emotional incapacitated experience? Note that a full grown man is neither expected to be crawling nor being breast fed ( provided that there are no challenges in their development experience); does the way you parade yourself sets meaningful track for others to follow?

Note that for you to have been given the chance to come to this planet, it means much is expected of you. Remember that many were aborted and even some pregnancy suffers miscarriages, therefore, the privilege to be here on this planet connotes that a lot that can satisfy man’s needs will stem from you; never allow emotion to have your head bow. Note that the fact that you’re hired as a staff member of an establishment connotes that much is expected from you. Stop complaining of constraints as hindrances to the attainment of the goals set before you in which you were hired for. It is worthy of note that the establishment has an explicit knowledge of their constraints before they chose to hire you; it means that they believe in the worth of your contributions that it will help them achieve their goals irrespective of their known or unknown constraints.

Many spouses hastily become beautiful enemies or in no way better than roommates because they still want to live their life of singleness while in marriage; they’ve forgotten that for any goal to be achieved in marriage a-scissor-approach must be adopted. Things will keep going out of hand (going from frying pan to fire) about your life if you fail to hastily march up with the realities of the happenings in your life; life waits for no man. The relevance of many will be hastily erased because they still love to live in their past when they profess to have moved passed it.

Many ministers deliberately chase peace out of their homes because they have failed to understand the various and diverse interest of their stakeholders. There’s a parallel line between congregation and family; never juxtapose. Do not deprive your spouse and children of an undivided attention when they need you the most. Never see your ministry as a reason or means to excuse your family; they should not be robbed of your love and care because of ministry. Stop quoting scriptures for your spouse when they demand sexual pleasure because they are not your congregation. Remember that your family is not a part of your ministry but the heartbeat. The cooperation of your family with you will determine how successful you will be in your ministry. Bear in mind that giving room for conversation or dialogue with the enemy is a tricky means to trap you down. Do not give them a say over your family- march up with the reality of your responsibilities.

Note that your family will kick against the survival of your ministry if it is seen as a disguised thief that’s capable of stealing your love, care and attention away from them.

When you were yet single, your secret and personal life takes the most of your time because you walked with the principle of individualism then, but now that you’re married, the principle of individualism must be jettison while collectivism must be adopted. Every activity in your life should not be tending towards ‘self’ again. Even if your responsibilities become compounded in the ministry or work that has not given you the effrontery to jettison your spouse and children. If this should happen, they will be forced to overlook your role as a father/mother or husband/wife because you are not always there whenever you are needed. They will tend to live their lives like you never exist (show you an exit door off their life). Note that bedroom shouldn’t be for office work; doing such connotes that you have no respect for your spouse- it is meant for a heart-to-heart felt communication. Note that the earlier you march up with the realities of your responsibilities, the better it is for you to sustain your relevance both in the ministry and in any assignment and family. Work or ministry had taken away the attention of many from their spouse and they are in no way better than bed mates or roommates when they are meant to be soul mates because of their inability to march up with the reality of being married and no more single because much is now required of them. The same way your works and ministry need you for survival is never in any way better than or different from the way your family has the urge to always have you around them- learn to seek a balance because much is required. As your success multiplies, your responsibilities escalate.

← Previous Story Shadows of Death
Next Story → Knowledge is Power