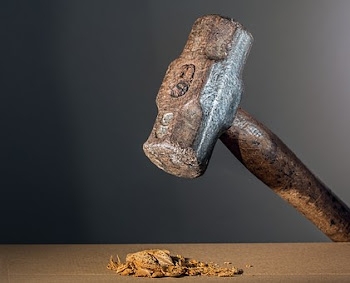 Failure is never a custom made, pertinent or specific to anyone; failure is neither made for the poor nor the rich (financial buoyancy determines not who fails nor does formal education determines who succeeds, although it might be a contributing factor but not a dominant factor) but for whosoever fails to accurately consider all the required inputs can find themselves in the mess. Note that failure is a complement to the dullards (most people called dullards are epitome of failure because they are never open to the realities about their lives).

Note that you might be well educated and be knowledgeable about how to manipulate figures on paper and yet continuously experience countless number of robberies from robbers without mask but rather business suits. Know ye not that what you don’t know can gradually molest and successfully annihilate you while you even appraise and claim to be indebted to them because you’re ignorant of the evil that has been done to you by them. The fact that your family failed to come through as expected does not make you to be a bad spouse but there could be something you should have considered that you give no cognizance to- give a close look to your life and family. Note that if your spiritual altar is not hot enough; devil will easily and successfully alter the settings in your configurations.

Note that keeping yourself ignorant about what money entails can make you to joyfully squander or keep it while you think you’re propagating your wealth.

Failure is never one’s inability to get something done but only a reflection of the fact that one is yet to consider some things in the decision making process and with this, failure is bound to occur. Note that you don’t avoid sin because you’re scared of hell fire, neither do you evade sin because you fear eternal death nor because it is evil but because it is not in conformity with your nature- you’re born of God.

Note that the fact that you experience no threat of being dismissed in your place of work (job security) doesn’t mean that you’re financially secured or balanced.

You might be working very hard in a very big establishment and even earning an untold amount of income and yet find it difficult to live a balanced life. Acknowledge the weak when you’re strong because you will become weak someday no matter how strong you might be now; respect the old while you’re young because you will as well grow old someday; help the needy when you have (you’re still better off some people) because no matter how blessed you might be, you will surely be in need someday, although it might not be a financial need (remember the wealthy man and Lazarus in the scripture); acknowledge God when he calls you for a purpose because you too will call on him for help someday. He never calls the qualified but rather qualifies the called; he never calls the strong because in their weaknesses his strength is made perfect. 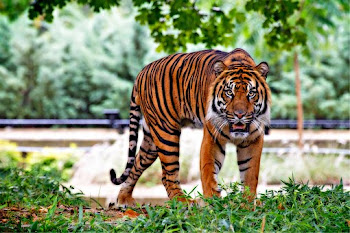 Note that rancour will rapidly become a part of your life/family if you fail to make out effort to effectively understand the weaknesses of your spouse and help them to get rid of it in a polite manner, lapses will be glaringly seen in your family and this is capable of bringing you shame. Many failed in life not because they are not financially okay and neither are they not physically okay nor do they not possess the strength but they lack the real strength (knowledge) which is both the pull and push that will keep them going even when there seem to be no glimmer of hope. Note that no man can explore God beyond the amount of knowledge he/she has about him or what he can do.

Note that no matter how spacious, balanced, well decorated and sanitized the room given to a bird in a building to live in might be, once air bellows flight to its feathers, it will find it pleasing to return to its nest in the forest from where it was brought home. This connotes that no matter the love, care and attention you showered on some people, they can never find it pleasing (they can’t appreciate it) to stay or maintain relationship with you. Making an intense effort to please them the more will only make you emotionally jejune/ bankrupt.

Note that they will always find a justifiable reason for their excuses to depart from you because the means of survival you’ve invariably devised for them in your little way is nothing but a way of imprisoning their abilities to them and if you fail to allow them exit your life, they can make life difficult for you. Note that if you surround yourself with people that see you as option and not priority, you will soon be disappointed by their attitude and decision; they can never see anything bad in hurting your emotion persistently. Stop running around people that never see you as priority but as an option- no matter the effort you make to please them, any slight mistake by you towards them will warrant your eviction from their lives and you will be left helpless.

No matter how kindhearted you might seem to be in making out time to wash a pig in clean water, note that immediately it is released, if it can find any dirty and stinking water around again, it will happily roll in it not even giving a second thought to the fact they’ve be just washed it with clean water. It finds this pleasing because it is its nature and this depicts the lifestyle of many humans as well. They hastily forget the pains another individual has to go through for their sake in cleaning up their mess and once they are saved of this earlier mess, they hurriedly dabble into another. Note that if you fail to stand your ground, your will dragged to their level.