This connotes those annihilating situations which gives man no hope of survival but rather exposes man to a serious agony which will hastily wipe away the essence of their existence or the thought of their identity. Every human beginning has nothing to say about their respective future; your beginning might be quite humble and awful but that doesn’t mean he is not working on it or he is not working out something for you. Every journey in life requires both a work and a walk i.e. a purpose to be achieved and a progressive movement towards the accomplishment of the purpose.
Like us on Facebook here

Note that in the course of walking (searching for a favourable zone), we thread different paths of which we have little or no information about and some of them might be deadly. Many people have deliberately (via ignorance) walked themselves into the cave of the shadow of death because of their uncontrollable urge for necessities or luxuries by entering into an explicit covenant (a delicate and an irreversible decision) which later ended up dragging both their identity and royalty in an endless mud; an ignoramus decision making. Do not search for relevance and miss your essence, note that the fulfilment of your essence determines how relevant you will be.

Read also Exposure
Never allow your uncontrollable urge to bring you eternal curse. Never attempt to jump to a deadly tunnel with no hope of survival because you are frustrated by a little torment you think life has put you through, it is a shadow of death. Many have because of their search or an uncontrollable urge for power deliberately and majestically dived out of God’s tower; some because of their search for affinity forsook God’s social amenities or mortgage their integrity. What do you hastily become when it comes to the issue of money or any other issue that has an attachment with emotion? What comes to your mind when are made a master over a little or huge resources where there is nobody to question your sovereignty or assess your performance or accountability?

Note that any child that is left to himself without correction is courting disaster; life without assessment or accountability to anyone is a deadly trap.

Read also The bait of satan
It is worthy of note that many also got themselves tamed in a demonic web in their course of searching for fame while many searched for prophesies and ended up in nemesis; some lost eternity while looking for a recognised identity brought them into a disheartening calamity. Do not by your own self dig a grave that will consume you. Learn to know the difference between being a human and human being. Many people have become hopeless and helpless because you have by your craftiness manipulated what is meant to be their lots to become yours because of your urge for material things that have no eternal values.
Read also Adversary
Note that the more you improve your dexterity in cheating others or making life difficult or uncomfortable for others is the more you increase both the breadth and width of your pit and as a matter of fact, you can never evade those shits that will boomerang your race. 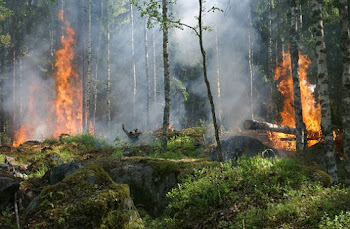 Many also chase after wealth because they believe that it commands total security such as societal relevance, marital success, emotional stability etc. most ladies had through this made the most mistakes of their lives in settling down for the man they wouldn’t have accepted as a maid or that is capable enough to give birth to them because of their excessive and an uncontrollable urge for luxuries.
Learn to curb gluttonous act; remember that dagger can be kept in the shield of benefits. Note that if wealth really commands total security the elites should be the most secured on earth (never feel threatened of their peace) yet they feel insecure and this is reflected in their attitude by hiring security personnel to guard their lives and properties (complex stress) yet non of their security personnel will be able to neither capture nor kill death whenever it pays their hirer a visit. Learn to calm down your nerves and critically consider every information and situation (current and future prospect) you’re presented with before you make an immutable and intricate decision of your life- critical examination.

Never allow your incessant and uncontrollable urge propel you to make an irreversible and eternally remorseful decision of your life – it is a shadow of death, deviate! You suddenly terrific and heartless to everyone (such that you care not about their feelings because you’re totally consumed by your interest), and even your loved ones that have always been there when you were nothing and your life was in no way better than that of a dead rat such that you forcefully take over the lots of others and you even spill others blood for rituals so that you can gain earthly relevance (without heavenly consideration) by expanding your wealth.

Those who went through diverse tough times with you or because of you so that you can become somebody have now become a stinking and worst foes you want to do away with by saying that protocols must be observed (because you are now made and you need them no more) before they can see you because you think they no longer fit into the calibre of people that must been seen with you any longer. Note that you are already dancing to the tune of the shadow of death. Those that know your making can initiate and facilitate your breaking; acknowledgement.
Do not because of wealth, sacrifice your health- your peace. Never because you want to gain fame and deliberately nail your already built name and finally cook it with a thick flame. Do not because of the position of authority you are and take the laws of the lord into your hands (if you profess to love the lord, you must keep his commandment); never be drunk by power to the extent that you joyfully and remorselessly violate the commandment of God. Note that God will never spare such a person.

Many ministers have learnt to fine-tuned (honey-coated) their messages (word) because they long for recognition and congregations. Note that your relevance is rooted in the fulfilment of your essence. Haven’t you been losing your identity because you want to become an entity; a highly recognised and respected personality? Haven’t you succumb to the perverse way of living in your milieu because you think you seem odd and you are always being intimidated by others presence?