The Princes and the Princesses

The princes and the princesses refer to both male and female members of a royal family other than the ruler or queen, especially the son or daughter. They are set of being adorned with diadem; an emblem of dignity cascades about them; there presence commands honour from everyone; they are an embodiment of dignity; an epitome or authority and control; they are a perfect expression of royalty. Their presence commands attention because of their Royal connection; royalty remains their identity.

Their presence commands human attraction; their presence is always favoured by human love and care (an exquisite attention of human); they receive almost the same treatment the king receives in the palace (because they are the heir to the throne) whenever they go round the town. Anyone that comes across them is compelled by the reason of their identity to acknowledge their presence by paying them homage as opposed to an ordinary person in the community. They are usually treated as one of the elites of the society.

Note that the appreciation and relevance of your existence is rooted in the uniqueness of your identity. Your special and notable features (beauty, handsomeness, brilliancy, wealth, or spiritual abilities) might have successfully tamed the hearts of men and thereby making you to be the cynosure of all eyes or the prince or princess of your time, such that your arrival consistently commands their attraction and attention (love and care) or receive a special treatment from them but note that this is not an enough reason for you to write them off or given you an effrontery to treat them like they never exist.

Note that no king can exist without a kingdom (people to rule); no one can be declared rich of there are no poor people (people that are not as rich as him or her); no one can be declared a conqueror if there is no battle to fight; no female can be declared beautiful of there are no other females to compare her with. Note that the beauty of a black colour becomes glaring and appreciated when it is doted on a main colour. No one will seem to give an ultimate reference to your name to your name the moment there are several people that can do equally do that which you think you are good at except they learnt it through you or you were a model that inspired them.

The fact that you are privileged to receive formal education does not make others that could not nuisance or you are better off them. Note that some are outside there that could have been more brilliant and successful academically than you are of they had gone to school but life situation held the back. Be humble! This can go a long way in winning the heart of men.

It is worthy to note that princes and princesses usually have a mental permanence of their identity even in their daily dealings with people and will never take it for granted. They completely retract from whatever that can make their royal identity become outlandish, in spite of the fact that they might be sometimes consumed or drunk by it; they hastily adjust themselves. What you are going through is not an enough reason for you to jettison your dignity. The fact that the needful help is not showing up, as at when due does not justify your decision to live a wayward life. Men might desert you even when you least expected but so long as you patiently follow the order of your creator, the light of your royalty shall manifest. Royalty runs in your blood stream, don’t soil your pride.

Never salvage your pride for things with trivial value. No amount can purchase your dignity; it gives a succinct definition of your identity. Preserve it for he/she who it has been a custom made for. He/she eagerly waits for your arrival. 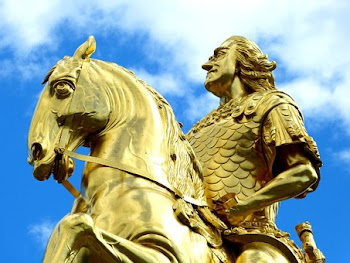 The lifestyle of your predecessors might have exposed you to a displeasing orientation and this might have made you conclude that there is no better to live than such status quo, even when you quite know that it’s against your identity. The fact that your predecessors have failed in their attempts to catch (greatness) does not connote that you will also be a victim but if you allow this to ensnare your thoughts, you will be in no way better off them. Note that we will continuously experience a conglomerate of failures if we fail to deviate from adopting conventional wisdom. You are a custom made: you have a configuration settings (coding) that you operate with. Note that conformity can bring about deformity- a thwarting in your set up. The only way to get it right is to restore the factory setting; return to your source- creator.

As a Princess, do not give room to anyone to touch you indiscriminately. Note that it can induce an excessive secretion of sexual hormone and this can you to a craving for sexual pleasure when it is not yet time. Note that princesses are usually treated with an ultimate honour. No one dares go the other way; parade yourself as one! Always remember that a royal emblem is attached to your garment. Do not salvage it for what you called love; you deserve not just anyone but someone (the special one prepared for you) that can interpret your identity (royalty) and treat you in like manner- you are not a commodity that anyone can just negotiate the price.

Do not just be handsome without a push for a greater level of achievement as a Prince. Also, it is not enough to remain beautiful without a yawning for the fulfillment of your life-designed purpose as a princess. There is more to your life than just maintaining your beauty or handsomeness- no one will be willing to yoke with an onus. Never attempt to be an empty barrel with facial beauty or attraction. You spend a lot of your time on application of cosmetics to make yourself pleasing to mortal while your future remains stinking and unattended to. You consume most of your resources in improving your beauty or attractiveness while your life designed purpose gains less of your attention, why? I’m not a proponent of a tattered-looking life but what I’m saying is that you should allow the zeal of your purpose to heavily consume you and then can you pursue to overtake and possess.

Do not live tour life like a pauper; settle for that which befits your identity. This does not connote that you are expected to live an expensive and extravagant life, far from it! Live in a way that does not debase your value or status (as a prince or princess). Let your identity constantly ring bell in your memory. The fact that things are not currently right with you doesn’t mean that it should be totally written all over you, even in your destiny. If you have just two or three clothes, let it be always neat and smart such that it will reflect your God-given identity/ beauty. The fact that you do not have enough cloth is not an enough reason to always look scruffy and non-presentable; opportunities will always bypass you.

Do not be a princess with facial beauty without positive impact, it can dismantle family, likewise, never attempt to be a prince with glaring handsomeness (six packs) without something to offer generations of people; respect for beauty will rapidly fade away if there is no complement of achievement. Generations are not waiting for people with beauty or grades but people with clue to their problems and solutions to them all. If you want to retain your honour as a Prince or princess, never hesitate to consistently add value to yourself so that you can be an unquenchable source of solutions for generations of people. The fact that your friends read for long hours to become successful academically don’t mean it will work for you the same way. Note that your strength might be in watching video lectures or listening to audio lectures or combinations. Do not be obsessed by what you see others doing to succeed; there is a custom way of getting to your destined point. Do not allow what you are engrossed in blind your eyes to it.

← Previous Story The Soul Quest
Next Story → The Imperial Connection