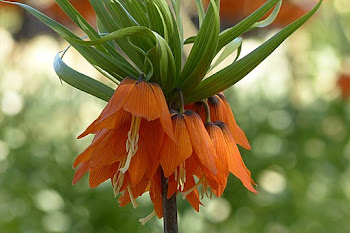 The presence of every man born of a woman on earth depicts a purpose (read more on SOLUTION and THE LIGHT); ‘if we are not needed, we won’t be called for’, and as a matter of fact, no one is in this earth without a prior intention to be established through them by the master minder of fate. As a result of this clear and succinct fact, the creator made a deposition (read more on INITIAL CAPITAL BASE- Power of Recognition) into everyone’s life that individual person might have a glance of their utmost mission and the set of people they have been called to bless or raised for.
But the truth here is that life has remained difficult and destiny tending towards almost being impossible to establish for many because they are blind to their inward depositions. There is an imperial connection between our destiny and our inward depositions.
Note that every man’s gift is an exposure to the reality of his destiny; every man’s gift entails what his destiny contains. The type of empowerment one receives determines the kind of purpose one is called to establish or the audience one is prepared for. He that appreciates not his gift does not value his destiny and fulfilment of his purpose and impartation of lives is far from him. The reality of your purpose might not be dawn on you (vague) until you make effort to dig into your gift (neglect your gift neglect your destiny or struggle with the fulfilment of destiny).
Your gift is an exposure to where you belong and how you can effectively fit in to grant the needed solution. If the enemy could believe in the worth of your future and your inward depositions and he’s making a serious effort to ensure that it never come to pass, why then do you the carrier of these depositions, not convinced by its existence within you? Note that devil is never interested in the lives of those that have nothing to offer generations of people.

Note that everyone cannot understand who you are and what you are composed of. Only few people (the wise men) understood and appreciated the existence of Jesus Christ at birth. Your physical expression (what men can see) has no connection with your inward depositions; nobody can explicitly define what you are composed of by mere looking at your physical structure (it takes the wise to see). The wise men caught the mystery of the blazing purpose of Jesus Christ and they brought valuables that explicitly interpreted his destiny as gift unto him. You might not understand God’s intentions on earth if you are yet to take an effective cognizance of your inward deposition.

Note that a constant development of your inward depositions will gradually and consistently draw you closer towards the fulfilment of your destiny; a step higher in the development and utilization of one’s gift is a step further in the fulfillment of one’s life-designed purpose. The gifting of Jesus Christ (by the wise men) depicted an expository view of Jesus’ identity and mission on earth. He was given Gold which depicted king (an imperial connection), Frankincense which connotes prophet (one who understands the future), and Myrrh which connotes Priest (an embodiment of mysteries) and all these spoke about his true identity. 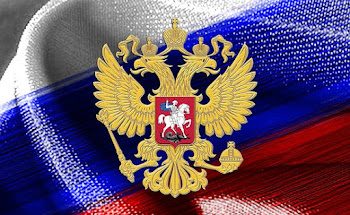 Even if the most trusted person in your life (even your parents) seems not to be convinced by that which you are doing, never cease doing it, so long as it has a link with the fulfilment of your destiny. Never give in to those that do not understand the uniqueness of your life to antagonize your existence by using their words to drain off the strength to pursue the fulfilment of your destiny.

Note that creativity is born out of activity. Engagement is the road map to creativity; an idle mind and hand will only remain a fertile ground for spines to develop.

Every gift speaks about the carrier’s future and if the carrier fails to recognize it and allow it to remain a flower bud within him, the future he pictures might not become a structure- mirage. Note that every deposit in any man’s life is radar to his destined position or assignment in life. He that lackadaisically dealt with his inward depositions deliberately surrendered himself to an unhealthy stigmatization because he purposely jettisons that which is needed to make him known.

Every man’s gift is a complement towards achieving his life designed purpose. God is always strategic in his plans. He makes efforts in scheduling wise men into every one’s life that they might help them in discovering their purposes even when they are yet aware of their earthly mission. Learn to discern! Gifting is a way of expressing the worth of a person to you; it is a way of validating the existence of human I.e. they meant a lot to you or they are worthy and you appreciate their existence as at that time they are being scheduled into your life.

Many people have remained nothing but a pregnant human and that’s why they are yet to be celebrated. Note that pregnant women are only celebrated and fully cared for at the delivery of new baby. Even this achievement attracts both friends and fiends to celebrate them.

Remember that when a pregnancy is due for delivery, the mother becomes restless and the unborn baby too will also be seriously looking for an opening (a way out of the womb). But if it tarries longer than the appropriate time, the unborn baby might lose his breath and give up. This simply connotes that the unborn baby also sought an expression but if the carrier failed to give way, his existence (the unborn baby) becomes a mirage. Note that the thin line between the last day for carrying the pregnancy and the day of delivery marks the end of one season and the beginning of another in your life. The Israelites wouldn’t have made effort to proceed in their journey out of wilderness if there was no ceasing of manna; there is a need for pressure; that which is within you seeks an earthly expression. Note that even in the most hostile environment your inward deposition will flourish.

If there was no war raised by the Philistines against the Israelites, no one would have appreciated the warrior ability within David. If there was no threat of austerity in Egypt (the King’s dream) no one would have known how strategic Joseph (the dream interpreter) could have been in making contingent plans. If getting to the throne is your utmost aim, your inward deposition is more than able to get you there. It has an imperial connection!

← Previous Story The Princes and the Princesses
Next Story → Landmark