THE TREE OF LIFE AND KNOWLEDGE 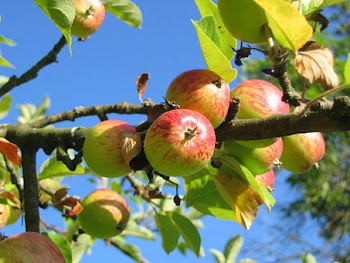 The tree of life connotes having a positive perspectives towards every ugly situation no matter how unpleasing it might seem to be while the tree of knowledge of good and evil refers to a judgmental belief over every situation of life; hastily passing negative comments and drawing up conclusions on seemingly ugly situation that can still protrude an impeccable and tantalizing result.
The intricate situation that an individual is passing through now is not an enough reason for you to write them off or draw up a conclusion about their lives; note that you neither formed nor own their lives. Bear in mind that every sinner has a future and so also is every believer has their individual pasts which might even be more disgusting than that of the sinner you have made an object of mockery. The fact that you are saved now doesn’t connote that other will die wretched; they still have hope. Note that the fact that God has made you to see their deficiencies (shortcomings) does not make you to glory in their geometric dwindling but to help them in love to rise again and forever; God’s willing.
No matter who you are, how experienced you are, and how knowledgeable you think you are, always delay judgment. Give others the privilege to explain themselves. What you are seeing may not be the reality. Never conclude on others. Note that there is always a reason behind every behavior; sometimes behaviour is caused.

Let us consider two set of friends that are considering venturing into shoe making business. These two friends conducted a marketing research in their current location and found out that the market is already flooded with varieties of shoes and they cannot get enough sales and income to cover up their variable costs let alone profit. Then they considered taking their finished products to a remote village and in the course of their findings, one of the friends located a village where people walk around barefooted.

He wandered in amazement and his mouth was kept ajar with his eyes widely opened. He was very happy and he ran back to his friend that he had seen a profitable location. He narrated the whole story to his friend but the friend disagreed saying that that is the most stupid opinion they would have ever considered. But the first friend took up the business but before he did that he made a lot of shoes and give it out free to the king and the inhabitants of the land because his findings reveals that they have no knowledge about shoes but he made effort to re-orientate them by telling them the importance of putting on shoes and they all accepted his gospel and he became the chief supplier of the product. Note: how will they know if they have not been taught; how will they hear if they have not been told? Many people have embarked on several destructive actions in life because they are ignorant of the reciprocative effect of their actions.

Some people make serious efforts in vandalizing government properties believing that they are creating problems for the government but never knew that they are indirectly creating sufferings for themselves. Never be ignorant of the reciprocative effects of your actions before the implementation; it can tame you into an everlasting remorse.

Note that if Stephen (in the scripture) had prayed that God destroyed his persecutors (those that stoned him to death and the leader; Saul) at that spot or thereafter, we wouldn’t have had Paul (that great preacher). 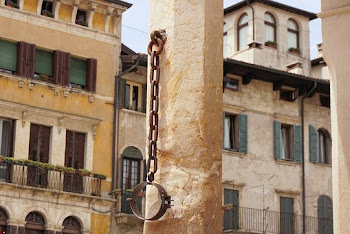 Punishments are not meant to be administered only to inflict pains on offenders or violators but it should be wisely applied such that it will allow learning through it in order to guide against a repetitive act of such an odious act. Note that there are both life and death in punishment; you can either correct to live or condemn to death, both entails helping the person to stop such act. But which one do you always apply in your quest to prevent someone from repeating such act? Stop castigating people because of their current distress; note that the set of people you despise today because of what you can see about them might be the one God has prepared to deliver you from your challenges and difficulties. Do not correct to make mockery of the victim, no man is born perfect. Learn to correct in love. 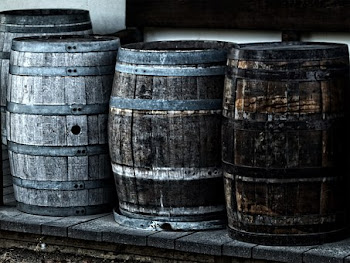 The worth of an article is defined by its content and the container. Although, the container might command a reasonable acceptance from men and compels them to long for it; branding, but the post-purchase experience (I.e. satisfaction derived after the consumption of the article) will determine whether or not there will be a reorder purchase.

Note that it is not worth it to derive confidence in what we possess (the ones people can see without because it hastily fades off) but instead on what we carry on the inside. The directly seen (exterior part) of an article might look so tattered or unappealing and this might be as a result of a continuous wear and tear and passage of time but the unseen part (exclusive content ) might be the most needed for survival. Many a times, we hastily run up conclusions on a particular situation of life or an individual based on our mental perceptions or facial examination of the situation or individual. What you can see about them might look unattractive but their secret lives might even be more balance than you that have turned yourself to a spiritual judge and censor. Note that the tensed and a geometric dwindling in economic situation which has posed a serious threat on lives in terms of successful living does not connote that everyone will die of hunger; it is a moment of recognition of opportunity to some people while to some complaints.

Opportunity is any situation where your favourable qualities and skills, known or unknown, can be recognized, received and ultimately rewarded- MIKE MURDORK
Note that enemy negates contentment; it helps to revolt against complacency. It is important to note that some challenges man faces in life are like the enemies God had prepared to promote him. God made the sheep of Saul’s father (in the scripture) to get lost so that Saul can be sent out of the house to look for it that he might come across Samuel that will anoint him as the king over Israel. He made the Philistines to come against the Israel so that the unusual ability of David can be made known and celebrated so that he won’t end up utilizing his dexterity (killing of lion) in the wilderness while protecting his flocks.

← Previous Story The Wilderness Experience
Next Story → THE LIGHT