DAGGER IN THE SHIELD OF BENEFITS 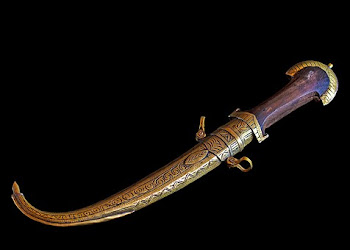 A dagger refers to an element with a double-edged blade similar to but shorter than a sword, which is capable of being used as a stabbing weapon while benefits on the other hand connotes what an individual stand to gain in performance of a certain thing. Do not allow what you want to eat (enjoy) to make you have your head hardly hit on the rock; note that dagger could be hidden in the shield of benefits, learn to discern.

Never attempt to dive like a fingerling into an infamous river with raging torrents which is capable of sweeping you into a baseless waterfall.

Benefits have pathetically become baits that have successfully ensnared many lives into unknown and deadly caves. Note that it is not all benefits that can give man a lifetime relieve; many can bring you ease with one hand and stab you with the other hand.

Let’s briefly dissect the life of Elisha as a servant to Elijah and Gehaz as a servant to Elisha. Elisha could successfully receive a double portion of Elijah’s anointing because he never permitted things of transient relevance and benefits to ensnare his attention. He had a plethora of opportunities to use his master’s enablement to manipulate wealth unto him because he was the closest to the prophet, yet he never did so, and this perpetual loyalty of his earned him an indescribable authority to sustain his relevance. But Gehaz on the other hand, which was also a disciple to Elisha’s after Elijah’s departure, made effort in advancing his wealth by taking an advantage of his master’s (Elisha) anointing and credibility in multiplying his and that landed him a generational proclamation of condemnation.

The foolish Gehaz was obviously not interested in his master’s life of integrity. The coming of Namaan was a test to Gehaz integrity and credibility. Gehaz had every opportunity to turn out good; he had a great opportunity to serve a master who was a true man of God with proven integrity. He was also presented with the privilege to receive a four-fold of Elijah’s anointing (which is the double fold of Elisha’s anointing) but his incessant increase of greed blindfolded and earned him what he never bargained for 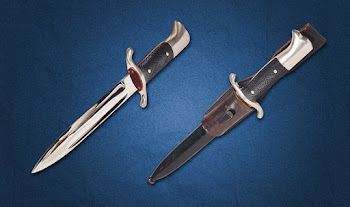 It’s so saddening today that many disciples consider their masters who are not money-mongers like them as uncivilized, foolish and not smart.

It pains me many at times when I see or hear of many incidences that usually take place at an accident scene; consequential losses. Many people usually priotize their ulterior motive (stealing) and subordinate the most important mission (life-rescuing mission) whenever such an incidence takes place; they usually long to multiply their wealth at the expense of many lives laid down in cold blood of which they can still rescue.

This usually get me aggrieved because the one whom God has prepared to rescue the stinking and sinking life of he whose agenda for the day in that very scene is to look for valuables to steal might be involved in the incidence and requires urgent attention but because of their greediness for instantaneous wealth, they will never, even for once, take a look at the accident victims that can still be taken care of and many a time these set of people (whom God has prepared) lose their lives. Many people had through their quest for immediate benefit and unscrupulous multiplication of wealth sent their benefactor to early grave.

Never attempt to justify your backsliding or falling by the reason of a mysterious broken of edge (a least expected and a devastating fall) by a highly esteemed personality because you have established a very strong relationship with them. The more you use their life as a yardstick in determining your standard, the more you get drifted away. Note that life is individualistic; individual person will account for his life.

Do not encourage deviants to sin the more by helping them to cover up their sins because of the monetary benefits you constantly receive from them. Why will you condescend to use the fall (iniquity) of a person (highly esteemed) to enrich your purse; the end might not be interesting.

Note that the fact that someone had fallen (sinned) doesn’t make you to be used as instrument in the hands of the devil to torment them further by taking an advantage of their fall to multiply your wealth. Hiding our sins and wrongs does not erase the wrongs or sins; it only postpone the day of its discovery. Do
not allow your uncontrollable quest for wealth and fame to debase your
long-range built integrity; this might make your integrity end up being dragged in a sticky mud. Many people have deliberately (by their intentions) buried their blazing futures (the intentions of God over their lives) through their covetousness (excessive eager to obtain and possess); they long to have everything that crosses their paths. If it is a beautiful female (to some male) whether or not they are married, they lust after the damsel and their quest is to sleep with them.

If it is fame, they never wanted to know what it will cost them. many have deliberately sold out the blazing ointment upon them through free sexual intercourse. some have ended up becoming an object of money ritual through free ride and an uncontrollable urge for monetary rewards while some have got themselves caught in demonic web in an indescribable
dungeon that lacks illumination because of the baits of returns. I’m sorry for you, if the reasons you are eager to assist others is because of your ulterior motive; what you will get in return.

← Previous Story Connection and Relevance
Next Story → The Wilderness Experience