“And God blessed them, and God said unto them, be fruitful, and multiply, and replenish the earth, and subdue it: and have dominion over the fish of the sea, and over the fowl of the fowl of the air, and over every living thing that moveth upon the earth.” Genesis 1.28 kjv

“And the lord God said, it is not good that man should be alone, I will make him an help meet for him.” Genesis 2:18 kjv 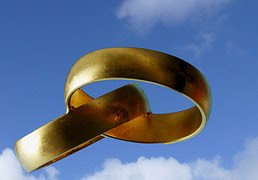 To every living thing that God has created on the earth, there is a purpose, and for the purpose to be fully established in them there is a plan. God is not an author of confusion as He follows order strictly. For every being that God has created, He has a series of plans for them to make them emerge as illimitable individuals.
The series of plans includes: (1) fruitfulness (2) multiplication (3) replenishment (4) subduing (5) dominion
Every of these plans are mentioned in the order of their relative importance.

• Fruitfulness: ability to produce fruits from which the needs of men can be fully satisfied- physiological needs.

• Multiplication: the production of fruits in multifold such that people from other territory can be a partaker of the blessing unleashed by such human/tree

• Replenishment: for men to be able to sustain his/her relevance, he/she must be able to produce fresh and new things for men to consume at all times

• Subduing: every man born of God has the power to bring things under his control through the enablement of God in him. He also possesses the ability to overcome, shake nation, quieten any form of hullabaloo.

• Dominion: the utmost plan of God for man is to rule nations, move nations, influence generations, govern, feed nations, and possess that sovereign power. But this can never materialize until man goes through the preceding processes. (Gen12:2)

Right from the inception, God has planted all these afore-mentioned seeds in individual person’s life but not until when he gets married the seeds of this afore-mentioned plan can never break forth into the real manifestation. And this actually led to the statement that God made in Gen 2:18 that “It is not good that man should be alone.”

God himself perfectly understood the psychological disorder, emotional instability, and continuous loss of man’s relevance if he remains unmarried, that is, single.

If you want to know how productive a man is, look at his immediate family.

The relationship between an employer and an employee can also be likened to that of a marriage. This is because there is a psychological undertaking between both parties that the enterprise must survive as the survival of their marriage will benefit both of them. The same way a man that is due for marriage and yet to get someone to marry feels is also the same way a man that is due for employment but yet to find one feels. There will always be a psychological disturbance and emotional breakdown. Marriage should not be seen as a balm to ameliorate the pain life/situation surrounding you might have put you through, although, it is an approved institution. Do not get married because you are getting old or people are already mocking you but get marry because it is the right time and appropriate person. If you decide to marry out of pity, you will end up blaming yourself. Do you feel you needed a job urgently in order to put a stop to the mockery of people? You might end up settling for a menial/ below standard job when the best is already close to you. (Gen29:21-35)

Genesis 24- Abraham observed that it is the appropriate time for his son; Isaac, to get married (40years), but he never saw age as a factor pushing him into such decision. And he called Eleazar (his servant) to go for the bargaining process and specifically to Mesopotamia, City of Nahor. It usually displeases me whenever many graduates say “Any job that comes is fair.” This is because they seem to have no preference and neither do they have direction nor purpose. When purpose is not clearly defined, abuse seems to be inevitable.

When Eleazar disclosed his original intent to the woman (Rebecca); the prospective wife, the woman succumb without stress because she found out that this said man (Isaac) possesses the afore-mentioned five seeds and through him, her life will sustain her relevance. When you find the help meet for you, negotiation process or your proposal (your CV, cover letter, and interview) will surely be appealing to your prospective wife. A man that finds the true wife doesn’t need much word to convince her (employer) before she succumb (employ him/her). It irritates me whenever many graduates got broken down by emotion whenever their proposal (your CV, cover letter, and interview) is not accepted by their prospective wife. It is simply because the five seeds in them might not have the chance to grow to its full strength if they end up marrying such a wife. The relationship in marriage must be symbiotic. God cannot leave His people unmarried; He knows that we need comfort (Isaiah 62:3-9, Isaiah 40:1-5).

You are not going into a marriage (employment relationship) because you want to get your emotions secured or to guide against psychological disorder but to impact, to replenish a life, and the world (Jeremiah 51:20-23). Although people might mock or laugh at you because you’ve not been able to secure a meaningful marriage (employment) for yourself but note that your marriage will transform generations (Isaiah 60:15-21) because He understands that you need a successful marriage for those seeds to break forth in you and germinate, provided that you will have him lead you

Also, it is worthy of note that you should perpetually make effort to preserve those five seeds in you because your wife waiteth eagerly for your arrival (Romans 8:19). Do not be deceived to work in an oil company because your friends are working there or because it is the most lucrative aspect of the economy as this might be thorns to your seeds. Locate the industry in which God wants you to proffer solution and then behave like Eleazar in Genesis 24:11-14. This is because every other firms in that industry will surely feel your impact in the industry irrespective of the firm you chose to work with. Do not dabble into marriage (employment) anyhow like Jacob (Gen29:15-20).

Remember that it is promised that that it is not good for man to be alone. Irrespective of what the situation of the economy might be He will surely get a meaningful wife (employment) for His own people as their labour will not be in vain (Gen26:1-5, Gen 2:22-23)

Point blank, should a wife or husband be really fit for a marriage? How matured a person is in different aspect: psychological, financial, emotional, social e.t.c. determines the success of the marriage. That is, as one must not marry for pity one should also not be pitied into marriage. What is the level of competence? A groom will not like a naïve bride, innocent or inexperienced, a bride should be matured and informed, not ignorant or unskilled.

← Previous Story DETERMINATION-The Key to Empowering a Vision
Next Story → Burden: the weights around man