DETERMINATION-The Key to Empowering a Vision 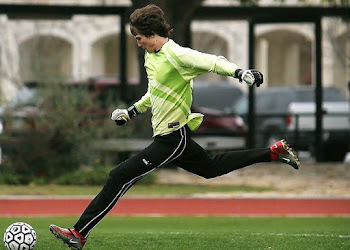 The words of men might be potent enough to get one off the track or make one imbalance through the alteration of the coding of one’s configuration but the strength of one’s resolve is sufficient and indispensable to propel one towards the actualization of one’s vision that seems blurred in the sight of mere mortals.

Never give room to people to talk you (your worth) down through their words. There are lots of fruits of greatness on the inside of you that are ripe and ready to be unleashed for consumption.
A man once said that “thousands of army can be defeated but a determined man can never be defeated.” Where a man is going in life is not far from the place they are coming from but a major factor that determines how early they will get there is the type of people they come across on their way; some may elongate the journey while some may constrict it. 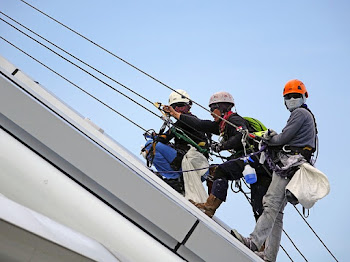 Note that God gives our needs according to His riches in glory and not our wants according to our desire; if you do not know the thought of God towards your life, you might tend to ask him below the standard of what he has in stock for you; if you do not know what God can do, he can never do anything for you. Do not be ensnared by your negative thinking faculty- note that a dilapidated thinking faculty usually has a very strong influence (can debase) on a lifetime relevance. No one can explain or tell when you have arrived. Bear in mind that whatever God is doing is being done deliberately and not by mistake- nothing can work against the truth but for the truth. The three basic qualities one need to possess before one can become successful in life are focus, determination, and patience. Never attempt to use anyone’s achievement (although it might motivate you to press harder to reach out for your goals) as a yardstick (read more on PURPOSE) in determining the level of your growth- note that behind every successful man is a bulk of pitiable stories and experiences. It pains me a lot whenever I see people garnering a greater amount of efforts in celebrating people’s successes and greatness which usually drives many in wanting to be like them but they have never for once thought of the kind of ‘hell’ they went through before success could be ascertained. This simply means that no one cares about one’s humble beginnings once they are already celebrating one’s outstanding success; “people are never interested in the amount of pains you went through in the labour room, just show them the baby.” People only celebrate successes and not failures; failure is an orphan as no one wants to be identified with it. Giving up on yourself is the worst thing that can ever happen to you. Your vision might inflict a lot of pains on you, but believe you me that the end thereof is unending joy.

Many people hastily forget their primary goals and purposes any time they receive a temporal succour or succinct relieve in the midst of a raging storms (problems).

For example, the Israelites, after they have been delivered from the bondage of the Egyptians, they embarked on the journey to the promise land (Canaan), but because of some unforeseen circumstances, they were delayed in the wilderness. But in the course of their staying, there was a constant supply of food (manna), water, lighting and security in which they never had access to when they were in the land of Egypt and as a result of this, many of them tend to easily forget their destined place/land (Canaan) as the place they were currently in (wilderness) was just a mere passage to their destined place, simply because of the relieve they enjoy or the provision of their physiological needs, although, they are also termed basic needs.
Many individuals of our current age that are privileged to be working with an high-profile and high paying organization tend to feel more satisfied working with the organisation because of the income they earn from such an organization invariably helps them in achieving most (according to their thoughts), if not all, of their basic needs such as clothing, shelter, food, self-acclaimed societal relevance and lots more, but that might not be their real destination. But because of the temporal relieve (high paying income) they become complacent. Note that the expected end that you are running helter-skelter in search of is also a part of the plan of the lord for your life; be determined to follow through.

On the contrary also, some people, after a serious effort made in search of job, they ended up getting a job that only pays peanuts (little amount). Note that settling for such a job does not connote that you have compromised your standard or because of self pity or suffering (although it might form the bulk of your thought) but because it is a mere passage (wilderness) leading to your destined point. No one can be called a graduate until when he/she has fully written and passed all his/her exams and has been finally issued a certificate of completion. Note that settling for such a penny-given job could mean that there is a life you have to impact in such a place and a privilege to meet such life is what you need to get to your destination. Remember that Joseph, in the scripture, has to be lied against, thrown into the prison and be given the title ‘prisoner’ that he may get connected with he who’s going to discuss his issue with the king and finally pave way for him to the palace. Do not compromise your goals because of what you are going through; it might be your passage. Determination is required in order to encourage oneself. Never attempt to make merry such that you forget your purpose, note that it could only be a temporal relieve or succour in the wilderness (passage) leading to your destined point (Canaan). It takes focus, determination and patience to press forward. A delay in the race connotes not that the devil has prevailed over one in the way.
Note that a man that is not driven by purpose will settle for whatever comes their ways, but a man of purpose on the other hand, even if he decides to settle for less at that moment, he believes it’s a temporal relieve in the passage so that he will not be totally discomforted in the journey.

TED HAGGARD says everyone of us has the opportunities to be offended, hurt, disappointed, and rejected every day. If we allow those events to cause us to resent others and think negatively of them, we can no longer serve them effectively or represent gospel to them. Note that we must not permit any other person to ruin our lives by making us hate them. Devil mostly capitalizes on the failures of high-profiled believers to pull down the faithful ones. If your attitude reflects your desire to bless people with no ulterior motive, they will welcome you and open their hearts. Never permit anyone to contaminate your mind through his awkward behaviour because of your heavenly goals. The more you are offended is the more you should forgive. Life does not end on planet ‘Earth.’