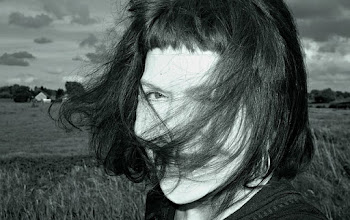 Irrelevance simply means when an item seems insignificance or worthless. Nobody is irrelevant, everybody on this planet is very much important- no matter how small you might think they are. Never attempt to castigate or stigmatize anyone because of what they are passing through at present. Everybody in life will surely have their own hard times. Note that, hard times do not last but strong people (persevering) do last. Never overlook anyone because the people you tend to look down upon today might end up becoming your saviour tomorrow.

Do not make enemy/ enemies out of friends but rather strife to make friends out of enemies. Note that there is virtually no one that is unimportant if they are to be visited in their own domain or territory. Their people know what they are worth to them; therefore, they will never take them for granted because their presences make them feel good. It is of a true that they might not be proud of their respective backgrounds, but that doesn’t mean that they do not know where they are heading for; they also draw up plans for their futures and goals that they consistently make effort to achieve.

It is also important to note that the relevance of a person is not basically determined by his level of qualifications, social class or backgrounds although it may directly or indirectly have a way of influencing the kind of treatments they constantly receive from people far and near. It is important to understand that you might be well educated and yet remain irrelevant if that which you have acquired overtime cannot be channeled towards the satisfaction of human needs. Never attempt to communize everyone you come across. It is important to note that the dead log that you overlook on your way as an irrelevant item is capable of making you stumble.

The hard times that people are passing through might have opened up their lives for diverse of reproach, but that has not made them irrelevant. Note that many of God’s great generals started as a helpless infants. Never attempt to be a party to the reproach of others even if you find yourself in the gathering of those that reproach them because you might not be able to predetermine if the person is actually the one God has literarily or genuinely raised or the last person you are to come across to complete your journey into greatness. That which you need might lie with the person. If you subscribe to the discussion of those that mock them you might end up missing the person because there will be a kind of hatred transpiration against them within you. Note that, the object we hurriedly dispose of in the day light because it seems minuscule and unimportant might become the most needed for survival in the dead night even when there seem to be no glimmer of hope. There will always be some people in your life at every point in time that there contribution to your growth in life might not be visible at the moment but their presence in our lives might be critical to our lasting relevance in the long-run i.e. without their presences in our lives, the reason for our existence might seem meaningless, but because of our myopic view of situations, many at times, we hurriedly chased them out of our lives, meaning that we never want to have anything to do with them. Although, they might be below your current status, but they might also be the one you need to rise to stardom.

Do not make others feel less human because of your current position: note that positions are always ephemeral i.e. another qualified candidate might soon take over. Also, the people you stepped on their toes in the base of a ladder while climbing without saying sorry might still be the one to help you up again if you should fall or any of your instruments should fall from the top.

Note that dressing might be elusive. If the kind of treatment you accord unto every individual that comes your way is heavily determined or influenced by the kind of attire they put on, you might tend to miss a life time opportunity. It is said that first impression last longer. Many people have carelessly chased away a life-transforming opportunity because of their judgmental view of dressing. If the treatment you accord unto a man the very first time he comes across you seems unsatisfactory simply because of your perception about his dressing, that might place a barricade between you and this might hinder you from having a direct access unto him even when you need something from him because your first approach to him has created a kind of impression of whom you are in his mind.

Do not deny the righteous of justice simply because you think there is no one to avenge them or fight on their behalf or because of the social affinity you have with the culprit. Note that anyone that convicts the righteous in judgment because of the material gains or social ties he has with the wicked is also a wicked person. Note that the more we spare the wicked in our society is the more wickedness thrives and it might be very difficult to curb in the long-run.

Stop hurting yourself by holding onto offense(s). Deem it fit to unleash offense(s) because anything contrary to this is capable of obstructing you from seeing the glory that is ahead of you. Note that the person you are holding grudge against might be the person God is about to use to raise you to the next phase of your life. Never attempt to look down on anyone. Although what people might have done to you might hurt you to the marrow but you are not wise as he who preserved you. If you have never been hurt, then you can never know how to empathize those that are being hurt.