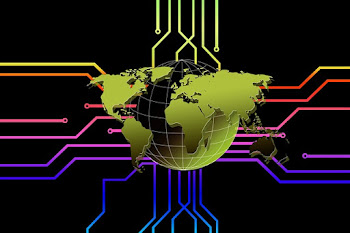 Do not be scared of being antagonized, if your fame must go viral, there must be division among your audience; some people must echo your woes while some will sing your praises. Whenever there is division among your audience you/your name will become a subject matter or the centre of every discussion they might have. Note that everybody cannot accept your gospel in the first instance because some people’s ideology or personality demands them to argue about your gospel up to the point that they find reasons that are incredible enough to convince them.

You do not need to convince everyone to accept you, those that have accepted you are good instrument enough to make others see those special things about you that makes you different, but always make effort to obtain a reasonable amount of people’s acceptance, not with diabolical things or deceit because this cannot bring you a lasting relevance.

Giving total attention to the boisterous environment you find yourself will only amount to distractions. Note that for one to become the talk of the town there must be division among one’s audience. Bear in mind that some people will never submit themselves to your authority until they hold on to the facts about your identity or what you stand for and if what they are able to come out with thereafter in the course of their findings is contrary to the obnoxious thinking they have about you, they tend to become extremely loyal unto one because their conclusion will be that the wrong perception of who you are had earlier deprived them of some benefits they could have received from you or through you. But note that the more you try to convince everyone to succumb to your authority, the more your flaws will be legibly seen; you can never please everyone. You must have protagonists as well as antagonists.

Do not compromise your identity; integrity and personality, because of what people constantly say about you so long as it is critical to your relevance, survival or growth. Never attempt to bargain your identity for immediate satisfaction or human approval; if you are not approved by God, you will be disappointed by man. Note that the set of people that applauded you today and profess to be your proponents can still cook up negative information about you in order to raise people against you once you failed to behave in a desired manner or as expected. If anyone fails to catch the flu of your identity, then your presence will remain unknown. It is worthy of note that the more your issues are being discussed, the more you become known to your host community, its environs and beyond.

Some people have made themselves available to embark on a serious and a non paid form of identity promotion on your behalf, even without your consent, then why are you dejected? Many people even get it wrong by attacking the set of people that disclose some crucial information about them and this simply means that what they are saying about you is true and that can be very disastrous because it will further open up your weaknesses if issues are not handled with care. Note that grapevine and rumours are one of the fastest means through which information about events move round the city and globe and you are not exempted from being a victim if you must rise to stardom; people must say something about you. Bear in mind that some purposely do this in order to get one destabilized or unfocused on one’s pursuits. Although, there has been an outbreak of an obnoxious information about you which has invariably created an awareness about you in the mind of people, then, embark on projects or activities that can hastily eradicate the outbreak of such negative information; reactive approach. Since people are already familiar with you, they get to know about your good deeds as fast as possible.

You can also adopt proactive measures by maintaining a sound relationship with your host community such that even if anything negative thing is being said concerning you it will never have any effect; defensive approach.