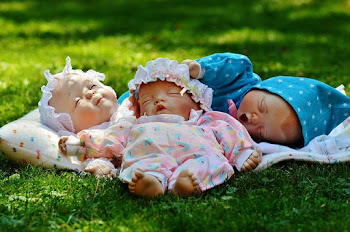 What a life of irony this could be that the numbers of children keep increasing day by day at a geometric rate yet they cannot be identified with any parents. The thing that baffles me the most is the fact that they were conceived and given birth to by some men and women but there is no one to take up either the fatherly or motherly roles on their lives. Could it be that their parents are no more in existence or they just chose to be cruel at them even as a novice? Lots of children roam about streets each day and night but could not locate their parents; what has their offences been?

The children you have failed to train today will trade your integrity for material gains or immediate satisfactions in the future. Many people believe that since they are yet to give birth to neither a child nor children (biologically), they cannot be called (operate like) a father or mother; fallacy. Note that in a city where teacher is lacking ignorance thrives; in a town where there is no leader, activities are carried out via intution. Dust off and take up responsibilities you were called unto as it is a way of shaping oneself into greatness.

Many parents have breast but their breasts possess not milk to feed their children while some do not even have breast let alone of milk (nothing to offer), yet their children keep coming to them but because of the dearth supply of milk in the breast of those parents, they were indirectly compelled to look for milk elsewhere. The nonchalant attitude of many parents has rendered the lives of many children useless. Many parents have ignorantly left their children into the care of robbers and deceivers who are secretly carting away their virtues because of their ‘assumed preoccupations.’ If your fatherly or motherly roles are missing, although it might not be glaring, but it will surely have impact. Note that anyone you have the ability to influence his behaviour towards greatness is your child (ren), parent him very well; never leave their heads uncovered or their lives un-incubated. 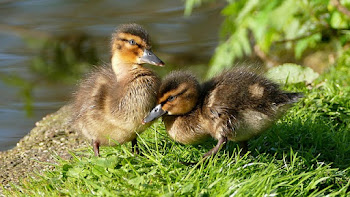 The attitude of parents towards children usually exposes children to different kinds of growths namely:

• Healthy/ unhindered growth: this is a kind of growth that an individual experiences when he has an unrestrained access to nutritious meals needed to develop every part of his body and as well as guard his body against any kind of diseases as at when due

• Stunted growth: this is a kind of growth that an individual experiences when he grows without a noticeable change in his stature which invariably leaves some part of his body to be disproportionately small.

Note that these are the set of people that will take up immediately after you; are you exposing them to that which is needed to empower and prepare them for the task ahead of them? Do you conceive in your heart that you do not have children since you are yet to give birth? I will say that it is an exorbitant lie. If truly you do not have children (audience, lives to impact), then you have no gap fill or you are not supposed to be on this planet. Problems of generations keep compounding because individual father and mother (mentors, inventors, teachers e.t.c) have failed to locate their children and impact them accordingly for proper growth and development which forms the basis of their exploits. The set of children you failed to train are capable of making life difficult for you which can invariably exterminate your life prematurely.

Leadership roles have been left in the hands of many infants in several organizations today because they believed that they are physically fit and this connotes that plethora of mistakes and problems are bound to occur. The costly negligence of the parents (teachers, mentors, instructors e.t.c) has been transferred to such an organization in form of an half-baked or unbaked leaders. The problems that many countries face today is as result of the exorbitant negligence of parents transferred to the economy in form of a half-done children which is now making life difficult for the inhabitants of the country.

Note that, if we all on this planet ‘Earth’ can wake up, dust off and take up our individual responsibilities or roles as regards our assignment (motherly and fatherly roles) on planet ‘Earth’, no life will be left untouched or unattended to.