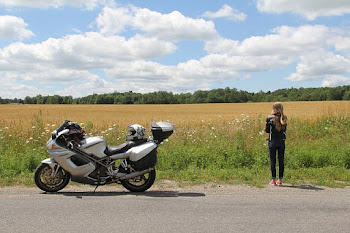 Do not embark on a journey you do not understand, it might be disastrous and the end thereof might be futility. Do not take God to be your last resort i.e. the only option you are left with when you have tried other options and they have failed. Do not get yourself into the pool of love before you ask the lord whether or not to embark on the journey.

Every journey that an individual embarks upon or is to embark upon is meant to be for a definite purpose which is expected to be explicitly known quite before the commencement of the journey because when the purpose of a thing is not known, then, abuse is inevitable. A friend once said that a man on mission (journey) without a vision (envisaged destination or accomplishments) will surely end up in confusion; hallucinations will becloud his sense of reasoning, thereby resulting in frustration. Never wait till when you get stuck before you start determining your purpose(s) and action plan (strategy); it might be too late. Competitors always love or make effort to be swifter than their competing mates. The purpose of a thing becomes evident and glaring when properly dissected through the use of critical and salient questions pertaining to the tasks to be executed. Many have embarked on several journeys that have directly hurt or claimed their lives because they failed to ask themselves a very salient question- why should I go on the journey? I.e. the importance or purpose was failed to be established. However, if this had been done prior to the commencement of the journey, maybe they will still have their lives to themselves.

The purpose of every said step to be taken by an individual must be clearly spelt out at the outset of every mission (journey) in order to facilitate adequate appraisal. An organization that operates without a mission statement (the reason for their existence or the vacuum they stand to fill) will surely have its head hit against the wall in no time because clarity of purpose gives an accurate and precise meaning to one’s purpose which will invariably open up various alternative courses of action leading to the attainment of such purpose(s).

Many people embarked on academic pursuit because they thought that it is an end on its own but never a means to an end. They believe that being learned is the only criterion to making money or getting food to one’s table; inordinate conception. Many also have embarked on academic journey into higher school of learning to study some courses because of those people making it in the field without them recognizing their innate ability. V.H. Vroom in his motivational theory opined that, people will be motivated to do things to reach a certain goal when they belief in the worth of their goals and they know that what they are doing will help them in achieving their set goals.

Early marriages deprive men of the latitude they are to enjoy in their earlier years. It exposes them to responsibilities that in actual fact are not yet to be taken up by them. Rushing into marriage without having what it takes [not only financial resources] to sustain it might results in disaster. Frequent misunderstanding and grievances cannot be ruled out. Do not behave like Bro Jacob in the scripture that could not hold himself but hurriedly went in to Leah (Laban’s daughter) and his costly mistake almost choked life out of the destined child- Joseph.

Under this heading, three subheadings will be examined namely:

(1) Courtship– this is a period where two parties (intended couple) tends to learn more about each other and as well make corrections of what can bring about acrimonious relationship in the proposed family. It is better to have a wrong courtship than to have a wrong marriage. A wrong courtship can be dismantled if it won’t work but God abhor separation in marriages. Sexual intercourse should be ruled out in courtship.

(2) Preparation– preparation leads to confidence. ‘Success cannot accidentally spring up except it is planned for.’ If you discover that all that is supposed to have been ironed out in courtship have not been done never rush in. I will implore you to get it right from the beginning.

Marriage is a journey that you cannot decide to get off the train while it is in the tunnel. Therefore, it requires proper preparation.

(3) Follow God’s command– it is better to remain unmarried than to marry the wrong person. Let God take the lead in your marital issue. If you have hitherto been taking decision on every other aspect of your life, never do such when it comes to marital issue. Marry not out of pity- do not marry because you are getting old, never marry because your friends are doing so, do not as well see marriage as a balm to ease the pain life has taken you through but because it is God’s time for you.

← Previous Story What does your image speaks; Grace or Pride?
Next Story → Virus: Personality Infection