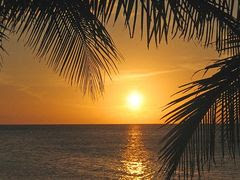 Many lives have once been on this planet “Earth” but their manifestation is nothing to write home about simply because they never manifest. The truth also remains that some souls will still be present in this world (mark attendance that they were here) but their presence might never be known (no recognition will be given to them). No one will seem to appreciate them or their arrival because the impact of their coming seem not to be lucid.

If that which you are loaded with and constantly dish out to various lives always meets their needs(in all ramifications), they will never need to be coerced before they come back for the next episode or before they show up; they will become a loyal audience or listener. If the needs of people are constantly met by one’s presence, no one will have to tell them that one’s presence is essential to their existence or survival; it means one’s presence commands solution and authority.

Be a vessel with virtues and not vessel with bundle of troubles so that you will not be taken for granted. Strive to be a solution and not a complication. Many people’s absence are never felt not really because people hate them or because they never care to know about them but because their presence do not influence or impact lives. If you hold onto your current value while the economy or the needs or demands of people keep changing as a result of some various uncontrollable factors, you will in no time be out of use; be up to date! Let’s take football players as our example. You will observe that once the coach discovers that the match is going out of hand as it seems as if the match is not in their favour, what he will simply do is to bring in some key players. The believe of such coach is that their presence on the football pitch is capable of ameliorating the worsening situation. Also, there are some players that some coaches cannot overlook simply because they have paraded themselves to be assets to the club such that their presence cannot be taken for granted.

Note that not only wisdom can make you relevant but also coupled knowledge. Knowledge will determine your manifestation- it is what you know that will make you known. The sustenance of your relevance is dependent upon the how grounded you are in what you profess to know. If you are a repository of knowledge, then you stand a chance of being noticed by the homo-sapiens. Note that if you remain dullard to the realities of life then, you are courting unrecognized presence.

When that which man knows can be tailored to the needs of men, then, he is capable of attracting many audience.Plan for the kind of people you wish to attract or appeal to in life. Planning is not meant to be a luxurious appendages but an indispensable element for survival, growth and relevance.

• Tell the vision to no man

Many visions had remained unaccomplished today because the mouth of the visionary remained untamed. Learn to discuss it first with God before man. If God says yes, then no man can antagonize that which he has approved. Note that broadcasting your agenda in life to everyone means failure.

← Previous Story DISCOVERY
Next Story → What does your image speaks; Grace or Pride?