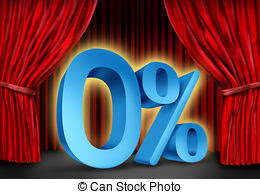 Zero is a value with little or no significance. Zero syndromes can be described as a chronic infection that renders the mental faculty of a rational being incapable of exhibiting its true nature of rationality. 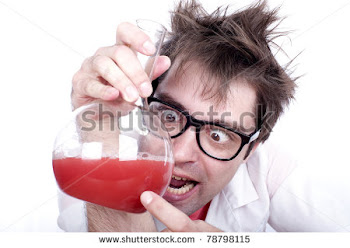 A zero human is usually known as nobody or a person with nothing to write home about. They are sometimes called the ‘Un-graced people.’ They are usually deprived accesses and benefits; they suffer a lot of jittering and torments from people because they usually do not have anyone to plead their cause; they are written off even by their counterparts because of their diverse inabilities; stigmatization of different forms usually manifest itself on their ways and this usually emanates from those that are ‘well-to-be’ in the society.

A zero human is somehow deserted by their counterparts because their conceptions about them are that nothing good can come out of them. One or more of these aforementioned points might have shown forth in your life but I will like to tell you not to die in a cocoon; never permit stigmatization to weigh down the king in you. Note that the fact that someone understands what is being taught in the class more than others even at a glance does not connotes that he/she will be more successful in life than others in that class. Many scholars in school usually stigmatize the dullards and many a time, give the name ‘The zero human’ to them, meaning the outcasts or people that cannot make something good out of academics. Although, their words about them might be true but not totally true. Note that a student with zero score in a particular test given by a teacher or lecturer is better off a person that evaded the test because through such score, he can determine where he’s lacking and this at times can serve as radar to where their abilities lie.

Note that the fact that you are not successful academically or in a particular field does not write you off totally or render you a failure in other fields. You are only bound to be a failure when you fail to realize who you are by understanding your potentials; human beings are loaded with peculiarities. Even if you were given birth to the same day (as twins), the traits in you might not be the same and this brought about the differences in the way we love to get things done.

Love what you do and do what you love and with that, set a record that’s capable of setting life ablaze by making life worth living. Note that if there is no intrinsic value attached to whatever you do in life, lives might not be impacted. If you are only motivated by extrinsic values or tangible items you derive from your daily engagement, sustainable success and relevance is far away from you; your record will surely outlive you. Many graduates lose their relevance hastily because they are only motivated to read their books whenever exams approaches i.e. they only read to pass or to acquire grades but never to retain so as to impact lives that come under or across them and when real life situations that require the application of that which they’ve learnt in their various institutions show forth, they become terrified because they are empty barrels yet possess excellent grades 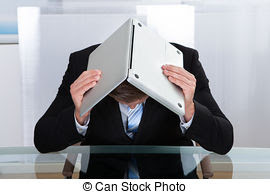 The fact that someone is able to amass wealth rapidly than you does not translate to mean that he is more fulfilled than you as someone might be wealthy and yet unfulfilled. Note that a person that is infected by zero syndromes usually sees wealth amassment as the greatest achievement in life. Although, it is good that the honour that people constantly accord to you stems from the office or position you occupy but it is better that the respect they give to you emanates from the value you add to human lives in order to make life better. If you are not swift in impacting people’s life positively, they will invariably drag you into their own ways of life. Amassing wealth like a mountain is never tantamount to being fulfilled. No matter how competent or vast you are in amassing wealth, if that which you have gathered fails to touch lives positively, you have done nothing but improved your dexterity in mounting wealth. Note that fulfillment possesses some intrinsic values while wealth possesses extrinsic values. Although, man’s wealth might inexplicably increase daily and yet man remain unfulfilled. Wealth is capable of buying many things but it can never buy all things

The essence of live is embedded in one’s existence. We at all times clamour for both essential and luxurious things of live because we still have that breath in us. Note that human importance ceases to exist once he’s declared dead. 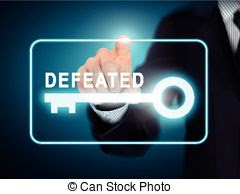 Zero-minded persons usually conceive negative things against themselves and they blame it on their God whenever it occurs. Their minds are usually shut to greatness and it also professes negativity. Many people that appear to be dullard to the realities of life or seem to be irrationally jejune suffers from a critical problem called “Close mind.” Note that no amount of teaching can make the person lively or appreciate in value except the needful is done; Open mind. You can forcefully ride or drag a horse to the river but no amount of effort can you make to make it drink from the river.

A human with a close mind usually suffers from a form of stagnancy, stunted or retrogressive growth because many a time, they fail to see the break light of their victory, therefore, they give up even at the verge of their breakthrough in spite of the mounted effort made for victory to be ascertained.

The mind is said to be the seat of all intellects, ideas, conceptions, decisions and many more. Note that a divided mind usually end up making an inconclusive decision. No amount of the seed of words can be planted on such mind that can survive or germinate even to the extent that it brings forth sweet savoury fruits. It is also important to point out that an idle mind is a devil’s drawing board; devil can easily map out whatever ge chooses to achieve through such mind. Although, the eyes is charged with the responsibility of seeing but my submission here is that the mind sees clearer and faster than even the eyes that is given the ability to see. Note that the greatness that your mind cannot conceive your eyes cannot behold it. Eyes sees things that are physical but the mind sees things that are both physical and metaphysical.

Note that there is virtually no item that is worth transforming life into wealth or something remarkable that is expected to be precious or attractive in its making process. Making process is usually a stage where items are fine-tuned to fit into purpose. People around you (parents, families, Friends…) might have given up on you but never attempt to throw in towel by giving up on yourself. Note that a number of those making it in the world today that have set a remarkable record were once tagged ‘The Zero Human’ and this means that they too will surely have something to say about their past provided they are/were interviewed but they never gave up

Although, our past usually follow us closely and it indirectly had a way of influencing the attainment of our future. Even if there is a curse upon you that you will die in the bush, you too make effort to negate the effect of such curse by rolling out of the bush to the road side passers-by can see you in order to help you.