David in the scripture saw Goliath as an opportunity to showcase the anointing prophet Samuel had just released upon him in spite of the noise around him; professional warriors. Platforms do not come in a form of an attractive or a lucrative opportunity to display that which man has in him/her but in a very opprobrious and challenging manner.

Nobody knew that Solomon had been endowed with an understanding heart and wisdom by God not until he made his first judgment. A man that has been endowed with wisdom cannot know until he is presented with a very complex situation and he is able to resolve the problem leaving no iota of doubt in the mind of people that it has been completely resolved. Man might not be able to perform in his entire life not until he has seen his challenges as an opportunity to display the beast in him and this is the key to living a healthy life.

The greatness in you cannot be unleashed for its full manifestation except a platform is located for its expression.

Many people will die trying while some people will continually break new grounds because they are never prepared for opportunities- they are usually caught unawares and as a result of this, opportunities slip continually across their fingers. Learn everything you have the opportunity to learn today without any preference, because you cannot predetermine the one that is capable of making you known to the public in the nearest future. Note that knowledge acquired directly or indirectly will surely have its own day of usefulness; no knowledge is a waste. You might not know when what you’ve learnt will be useful or where it will catapult you to in the nearest future. 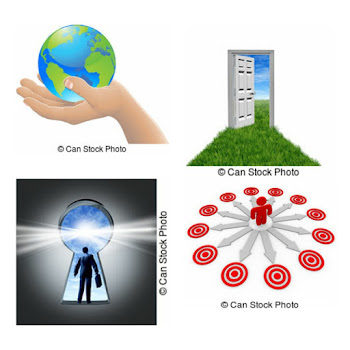 Do not be consumed by the immediate satisfaction you will derive from every opportunity presented to you. Note that every opportunity presented to you can never give you monetary satisfaction but it could be a lift to a better opportunity. Many people fail to take advantage of some opportunities because they termed it ‘Minute.’ They thought the return from it might be too small for them. It is better to understand that even a rational investor may never recoup his entire investment in the first year of production let alone of making profit but so long as his/her income can cover up his/her variable cost, then production has to continue because fixed costs are usually unavoidable costs; they are independent of production. Blessed is he that can see beyond his nose. Real opportunities are never announced, great men make sacrifices to search it out. Entrepreneurs are potent instruments needed for the recognition of certain potentials that are yet to be tapped in a nation. They usually make careful search of knowledge in the course of them looking for a way to cater for their own living and thereby developing an economy indirectly and this was termed ’causes of wealth of a nation’ by Adam Smith.

Note that not opportunities can be seen, some has to be felt, smelt or even detected via instinct. If your submission is that opportunities can only be seen, then you will only be limited to what your eyes can see or the range of coverage of your sight. Take for instance: nobody reported to Mark Elliot Zuckerberg that there was a need for Facebook, but he felt that something could be done (he wanted to satisfy his curiosity) to resolve the problem of inability to get in touch with one’s old friends, families, neighbours etc probably because one is unable to get their contact. Immediately Facebook was launched, the need for it arose and it keeps escalating geometrically day and night. As a result of this great achievement many more social networks keep emerging and people are never reluctant in demanding for them. Many inventions came on board today because of the ‘Sensed-needs’ for those things and this triggered the decision to make for the supply of those items which eventually translates to a greater demand today. Create the supply of what you think the economy will demand tomorrow.

Opportunities are never in array, they are widely dispersed, the only potent instrument for locating it is diligent search.