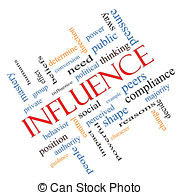 A passionless leader can never set people ablaze. Your life is an influencer to other people’s life. No matter how small you might think you are in your own sight, note that some people still look at you as their role model and at times strive to pattern their lives in such a way that resembles yours- a reflection of yours. For any man to positively influence lives, he must be enthusiastic about his goals.
One’s influence is not a function of one’s affluence. Many people think that the impact they’ve been able to make in people’s life is as a result of the wealth they have amassed in life overtime. Although, there is no gainsaying that it isn’t a contributing factor but it has never been and may never be a dominant factor. Every human on this planet “Earth” is being born for a purpose. Many have been brainwashed even to the extent that they concluded that they are irrelevant and they are nobody to be reckoned with. May I shock you? The rod in every man’s hand is enough to make an indelible impact in your world, depending on how it is being conceptualized.

Never fold your arms and keep watching; the little you know how to do, do it best because it will surely catapult you to where you can fully express your potentials.

Every human has something to offer; stop telling people that you live in penury. Do not wait till you live in affluence or own the whole world ( which is impossible) before you help others. Look, one cannot be poor in all aspect of life because this is evident in God’s word which says “go and be fruitful and multiply.” You are a complete being because you have been endowed with the ability to do THE UNTHINKABLE, but, it will be difficult, if not impossible, for those that cannot think deeply and wisely to progress in life because they made no attempt to move forward. Your physical poverty should not be permitted to overshadow or bastardize your good thinking/ rich mind because great thinkers end up in high places.

Do not over saddle yourself with responsibilities, it only amounts to abandoned projects. Never attempts to set a goal of building a skyscraper when you know that you cannot build even a hut within that time frame. Always make effort to set a realistic and flexible goal. The reason for this being that, factors surrounding the achievement of such set goals might not be constant. Man is therefore beseeched to set his goals in such a way that even if situations surrounding one’s goals changes, it will still not be too difficult or impossible to achieve.

Seize the opportunity you have to do something remarkable. It is better you make the best use of your time because time waits for no man. Instead of you wasting your time discussing issues that are of no concern to you, it would be better if you invest your time on something that the entire populace will benefit from and this will invariably translate you to becoming the talk of the town.

Do not take yourself to be a commoner because such obnoxious thinking might debar you from switching into action. Although situations surrounding you might have made your eyes to be filled with unspeakable sorrow but the best awaits you if you fail to give up on yourself. 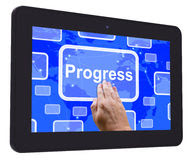 It is inevitable for every man to face a serious opposition whenever they embark on any good thing but never attempt to quit because winners don’t quit and those that quit can never emerge as a winner. Never cease influencing lives positively because if you fail to keep raising people, you will be erased. Note that the generation of people you failed to raise will surely become a disgrace to the society while the set of people you raise will carry on the legacy even when you are no more.

A person that gives up cheaply even in the midst of turbulence cannot make a true leader. A leader that gives in to situation or give up on himself or his goals honourably sells out the respect and trust his/her audience(s) has for/in him and gives room for hatred irrespective of the excuse(s) they might seem to have, it will still not be tenable.

If you think life has brought you so much pain that you cannot stand it anymore and quitting your pursuits will be the very best option for you to consider, then, I will advise you to think of those that their bodies are being laid down in the cemetery. Many of them are not vision-less: they have ambitions, plans, and a lots of things they hope for or to become, but death silently silenced them.