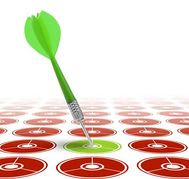 Choice is the ability to select from a wide range of alternatives the one that best suit one’s desire or thinking. Note that, choice can never show up in a place where there are no alternatives to select from, at least two; you will at every point in time be left with two options. Every mortal being on this planet “Earth” do make choices at every point in time or stages of our lives. Many people concluded by saying “I did it because I had no choice.” I will succinctly and clearly say I disagree with anyone that says such simply because such a person believes that choosing that option will be the very best for him or her. Some people are also fond of saying “I slept with him because I had no choice”, that’s not true, and the truth is that you were left with one option in which you failed to consider which is “Humiliation.” You decided to give in even when you were not contented with that simply because you never wanted to suffer humiliation.

Note that at every second of our lives, choices are made and this without doubt determines our next line of action or where we will surely find ourselves. Self-pity has made many people to give in to situations of life and they keep looking around for people to sympathize with them.
Bear at the back of your mind that, travelling abroad may not make one’s life broader and likewise does staying in one’s local area translate to mean that one is local and knows nothing about what is happening in the other parts of the world. The most important thing is to know where to be per time for one’s optimum manifestation. 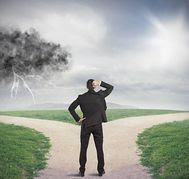 Decision is a product of every choice made; conclusive decision can only spring forth when someone had volunteered to make a choice. Decision making is a routine assignment (i.e. part of our daily lives), therefore, choice(s) cannot be exempted.

What has brought me here or how do I get here?
This is the question that many people cannot but just ask themselves or people around them. I will like to say that, the place(s) we find ourselves today is the outcome of the choice(s) we made earlier or some periods back. There is an old saying that ‘An ass can be forced to the river bank but it can never be forced to drink from the river.’ Even if the words of men are strong enough to convince you or alter the coding in your configuration, remember that, no one has any authority over your strong will and here lies your choice(s).

Some facts about choice

• Man’s choice, at every point in time will make, mar, or render him indifferent.
Our choice(s) at every point in time will determine our goals, how and when it will be achieved. Our choice has the power of making us, rendering our lives a devastating one, or making us indifferent. It is worthy of note that every choice made has a way of impacting the life of the decision maker. Always take your choice(s) through a regurgitation process before implementation. Make out for a moment of reflection on every choice you wish to make because one’s choice is a potential elevator or limitation in its embryonic stage.

• Choice determines our next line of action 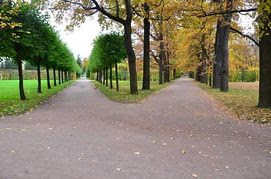 Any time an individual makes any choice, the decision about such a thing becomes sealed. After choice has been made, the next line of action is planning. For example, whenever an organization draws out their vision and mission statement, the next thing is to determine their goals and objectives and thereafter they choose their strategies and tactics in order to establish the vision. He that chose to tell lie rather than revealing the truth and be free at once and thereafter looking for a way to cover it up will continuously tell lies.

• Our choice determines what comes to us or what our lives reflect.
Man cannot be better than what his/her choice has made him to be; God might open the door of blessing to someone and the person might choose to reject the offer of being blessed. Whatever man receives or what his life reflects is a product of his choice.

• Our choice(s) paints the picture of who we are in the sight of men; every choice made is multifaceted.
For example: one fateful day, a taxi driver who has been wallowing in abject poverty for years and has found no one to be of help to him, was privileged to convey a man that has just returned from abroad to a nearest hotel to sleep over. The following day in the taxi man’s apartment, as he was cleaning his vehicle in order to move out for the day’s business, he observed a black portfolio in the trunk of his car. He then opened it, lo and behold; the bag was full of money and some papers. The man quickly thought of the foreigner he conveyed to a hotel the previous night that the bag would undoubtedly belong to him. He quickly rushed to the hotel, but before he got there, the foreigner had already checked out. He then took the missing bag that was found by him to a radio station where the information regarding the lost bag was disseminated to the public. The message caused a lot of pandemonium in the community because lots of people were grieved by the man’s (taxi driver) action.
The owner of the bag came for the bag and he was seriously elated because the bag contained the documents of all his life’s investment; he was not even thoughtful of the cash in the bag.
Few weeks later, the man (foreigner) got the taxi driver a house of his own and also bought him a luxurious bus for his business to compensate him for his kindness.
Note that If the man (the taxi driver) had decided not to release the bag, he will be rich but at the same time jeopardizing someone else’s future and even when he released the bag, he was still okay.
Our choice(s) matters; think of the pros and the cons before you draw up conclusion. Always weigh the number of lives affected positively and negatively before implementing your final decision.

Related ItemsactionAlternativeattitudeChoiceDecisionSome facts about choice(s)What brought me here or how do I get here?

← Previous Story THE WORD AND THE WORLD
Next Story → REMAIN BLESSED