Truth: the light to darkness of ignorance

Truth is the light that shows man the pathway to follow in any situation; until man knows the truth, every situation surrounding him/her will still be pleasing  unto him/her but in real sense he/she might still be living in the opaque version of his/her life.

Truth is the only potent instrument that dispels the darkness of ignorance at the manifestation of its presence- truth illuminates obscurity and liquefies every solidified magma of deceit.
Once you know the truth, it will be very easy to detect any lie but when you care not or less about the truth, you will be deceived by the happenings around you.
Note that,  situations surrounding man does not change God; His personality, it only makes God to be more sensitive to our needs. God can never condescend at all because of what man is passing through because it is part of His baking and breaking process.

Jabez also cried to the lord concerning his own situation as well when he observed that there were some things about him that looked like blessing but in reality they were not and this constantly prevented people from giving him the needed assistance. Then, he cried to the lord for ‘blessing  indeed.’

Note: (1) Truth does not follow conventional rule or wisdom: truth is often obnoxious and contemptible as opposed to fact because it gives no reverence to status quo which works with the rule of rationality. Truth has never and can never appeal to human factors. Man cannot get to the top except he/she knows the way to the top- the constant revelation of the truth is the only way

(2) Truth might be offensive but learn to give it a second thought: never attempt to write off every word  spoken to you or around you because there might be a modicum of truth in them at times. He that shies away constantly from the knowledge of the truth struggles with situations of life because no man can enjoy eternal freedom without the real knowledge of the truth. 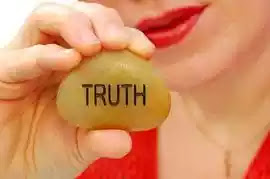 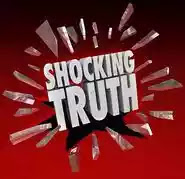 ← Previous Story LATITUDE: FREEDOM OR FREE-DOOM
Next Story → You are a born solution