Vision is known as the true mental picture of what and where any man wants to be. Vision opens the eyes of understanding of man to his current state as well as where he should desire to be after considering his current state. Vision is also known as a clue about the future but never show the pathway leading to such desired state.
Vision only identifies an unsatisfied need of an individual and thereby leads to an arousal of interest usually called “Aspiration.” Note that vision without revelation will only amount to diction; beautiful words well painted without radar. Vision is the picture, revelation is the feature; vision is the desire, revelation is the path.

Revelation is the manifestation of the divine truth. It sheds a very broad light to the pathway leading to the attainment of a vision or purpose. Vision without revelation is incomplete as revelation helps to substantiate every vision by showing man the real way to the vision. Revelation depicts the amount of light that has birthed forth in man regarding his purpose. It depicts the ability to unravel mysteries. It helps in getting access to hidden treasures regarding the vision man has. A man that is full of revelation is a man that is loaded with all that it takes to make a difference in his generation. Revelation gives direction but vision gives a clue about the future. The amount of revelation man has determines the amount of light and understanding such a man has regarding his vision.
Man’s relevance is a function of his revelation; no man can be relevant beyond the amount of revelation (the knowledge of the truth) he has received- it determines how relevant a man will be on the terrestrial because it forms the basis of the mysteries he speaks. Revelation is the persistent revealing of the knowledge of the truth; the revelation man has yesterday is a stale product today. Revelation exposes every hidden truth regarding a vision and gives direction to every hidden riches and treasures of the secret places regarding the vision.

Vision without revelation is worthless because revelation determines how worthy a vision is to be pursued; it determines the worth of a vision. Vision is a mere statue without strength to carry out anything but revelation gives life to every vision and makes it easy to be operationalized. No one can effectively and efficiently establish a vision more than the amount of understanding he has received concerning how to go about it.

(1) Revelation prepares man for changes that may occur in the process to achieving or establishing the vision. If you are ignorant of the means through which God has decided or chosen to intervene in your affairs, you might end up prolonging your years of slavery.

(2) Vision without revelation is frustration: when a man has a vision and there is no clarity concerning how to get the vision established, then, the visionary becomes an object of mockery among his proponents. Constant revelation of the truth is the guideline.
There are several ways leading to a market but the truth remains that one of these ways will surely save cost, time and energy to be expended to get the vision established far better than others but it might not really bring the optimum results. Here are some few points to be noted: 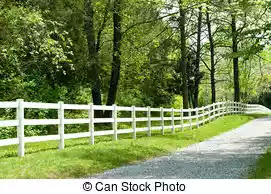 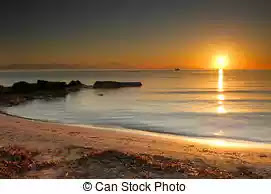